It's the first few days of April. The sun is shining, weather is warming up and Spring is well underway! What better way to kick off April then to take a look at diamonds since it is the birthstone of the month. The infamous & invincible gem that the world desires to acquire. As you already know, there is a lot of information about diamonds. We touched on the importance of the diamond's cut in a earlier blog post. But, did you know there is even more information to know about diamonds and we're just getting started. Over the next few weeks, we'll try to touch on all aspects of the diamond. Let's begin with some general information.

As we stated, it's April's birthstone. You lucky lucky individuals born in April. You get to celebrate your birthdays with the most desired gem in the world and created under the most extreme environments. Diamonds are formed under high pressure and extreme heat until it shoots up to the earth's surface. They were first discovered in India in rivers and streams (this was before mining began). As popularity soared, the next discovery location for diamonds was in Brazil. Nowadays, diamonds are mined all over the world; U.S.; South America; Russia; Canada; China; India; and most notably in Africa.

This beautiful gem is the hardest material on earth; about 58 times harder than anything else. Diamonds are made up of 99.95% carbon. Another reason to love this gem. It's the only gem made up of one element. And the 0.05% are traces of other elements which can influence the color of diamonds. This is the reason you can find diamonds in a range of colors such as blue, red, pink, purple, brown, black, orange, etc. and most notably fancy yellow diamonds. 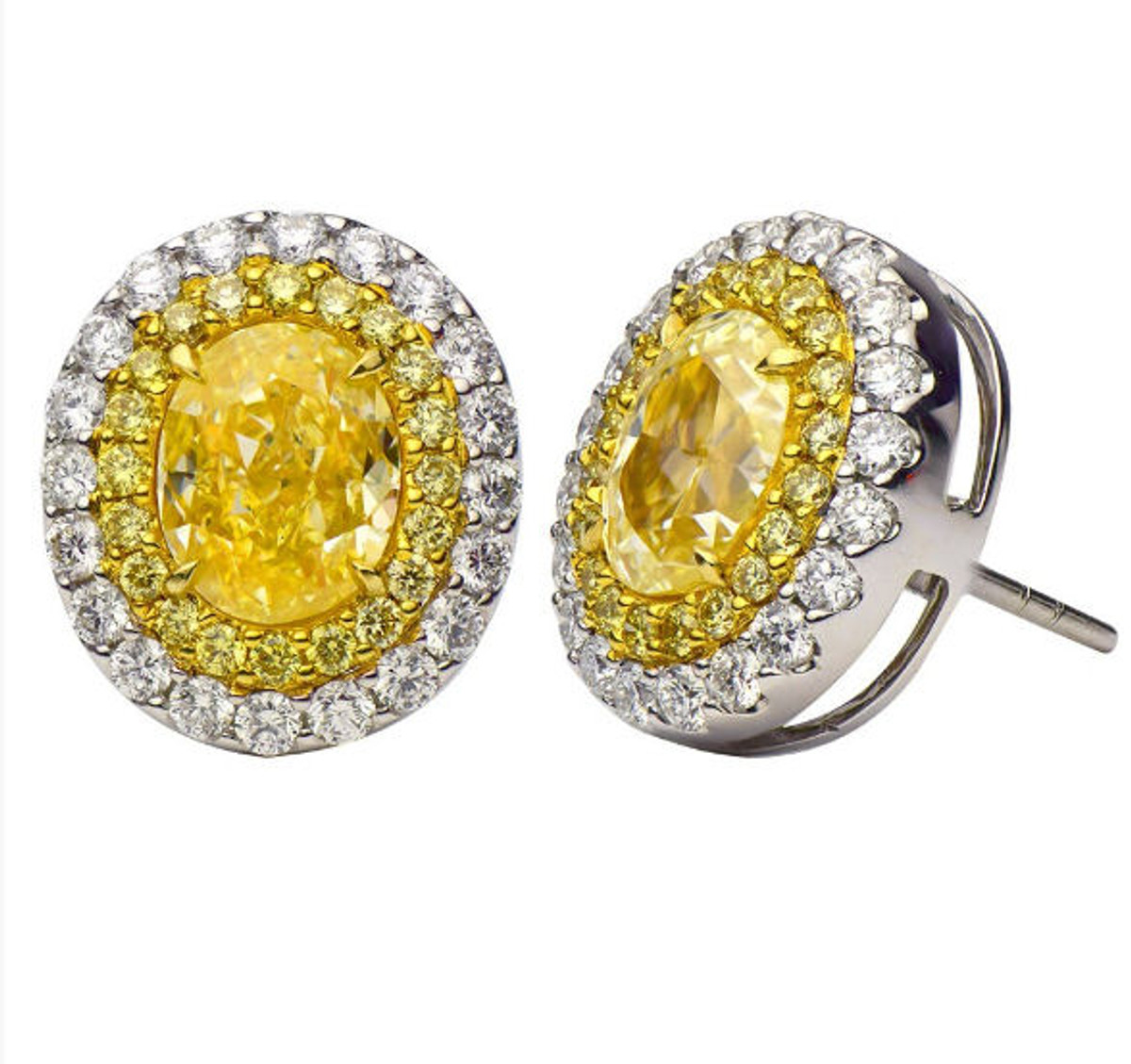 Not only is diamond used to celebrate April birthdays, but anniversaries, engagements, and basically for any particular reason. If you're celebrating your 60th or 75th anniversary, celebrate it with a diamond! And you deserve to because reaching 60 or 75 years of marriage is rare. Diamonds are one of the most celebrated gems and given on major occasions.

Some famous diamonds include the Hope Diamond, Dreseden Green Diamond, Golden Jubilee Diamond, Koh-i-Noor, and more. This gem is truly amazing and we're just touching the surface of information. We'll keep the information coming so you too can be well informed about the insurmountable gem, the diamond. So, if you're celebrating or know someone celebrating their birthday, next time think about getting them a diamond. It lasts forever and can be passed down from generation to generation.